Marsden Hartley (real name: Edmund Hartley) was an American artist and poet, one of the largest representatives of avant-garde in his country. Spending much of his time in Europe, the artist joined a large and influential German group called the “Blue Horseman”. He also participated in prestigious European and American exhibitions. The works of Marsden Hartley are represented in large public collections throughout America as an important and integral part of the avant-garde movement in this country.

– During the “pre-European” period, the artist created a series of still lifes, in which he emphasized both the geometrical structure of objects and decorative elements. He used the brighter colors of the palette and planes with strongly induced contours inherent in Fauvism.

– Hartley created a series of symbolic still lifes in the Cubist manner, and also wrote a series of German military works known as portraits of officers. In them, the artist showed his talent to notice the mental and physical characteristics and accurately convey them in a piece. He selected the palette and technique of applying the smear in accordance with the task.
In the mature period of his career, the artist was immersed in mystical and metaphysical literature. He tried to clarify and simplify his own art and create “new optimism” and “new energy”. Inspired by the history of Mexico, Hartley put his understanding of spirituality into Mexican subjects. His pictures from that time are considered a powerful and logical bridge between the Berlin periods and subsequent work. The artist achieved a true connection between the mystical and spiritual roots of his art.

The artist was born on the 4th of January in 1877 in Lewiston, Maine, USA. 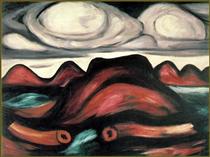 The artist took private fine art lessons from John Semen. Two years later he entered the open-air classes of Cullen Yates. The student’s achievements were highly appreciated, and he received a scholarship for formal training at the Cleveland School of Art. Painting teacher Nina Waldeck instilled a foundation for spiritual and mystical qualities in him. Anne Walworth, a school trustee, granted him a five-year New York Scholarship. 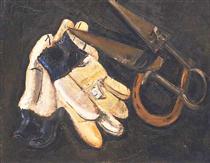 Moved to New York to continue studying. First, he entered Chase Art School. A year later, the artist moved to the National Academy of Design, where he would later receive a silver medal for a still life. In the summer he painted the mountains of Maine in a realistic style. 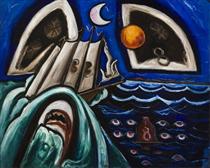 Edmund Hartley adopted the pseudonym Marsden Hartley. Trying to establish family ties, he took the maiden name of his stepmother Marsden and henceforth did not use his real name. Inspired by American impressionist J. Trachtman and Barbizon artist John Inness, he began painting landscapes in a muted palette. He spent the summer in a group called “Green Acre” with other admirers of eastern mysticism and yoga.

One year later, the first exhibition of Hartley was conducted in his house. Soon, having got acquainted with the works of M. Prendergast and G. Segantini, the artist became fascinated with the Neo-Impressionist style.

Began to work with a bright palette 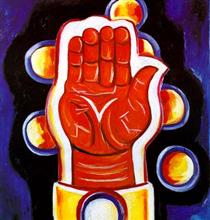 Met gallery curator A. Stieglitz. Thanks to his collection, Hartley split from Academism and Realism forever. Stieglitz arranged a personal exhibition of Hartley in his gallery “291”. A year later, he included the artist’s works in the group show. Inspired by Cubist Max Weber and Henri Matisse, the young artist defined his way in painting, beginning to work with a bright palette. 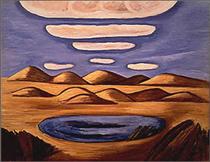 Thanks to Stieglitz, Hartley traveled to Paris. In France, he studied the paintings of Henri Matisse, Paul Cezanne and Pablo Picasso. He created new paintings in the styles of Fauvism and Cubism.

The artist went to Germany 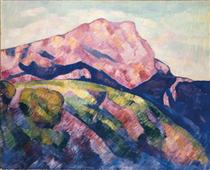 The artist went to Germany. In Berlin, he made friends with Wassily Kandinsky and Franz Mark, expressionists from the Blue Rider. A personal exhibition was held in Galerie Goltz. Five works were exhibited at the prestigious Herb-salon alongside the works of Rousseau and Kandinsky. Returning to America, Hartley held a ceremonial opening of his work at Stieglitz’s gallery “291”, after which he returned to Berlin, where he stayed until 1915. 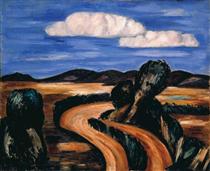 A successful personal exhibition in Stieglitz’s gallery. The artist worked in Sagar Hill (New Hampshire) for some time, depicting the region’s mountainous landscapes. He then created the series “Dogtown” (an area near Gloucester, Massachusetts) with an emphasis on sculptural qualities and epic scenes. After receiving a grant from the Guggenheim to travel, he went to Mexico. There he would spend a year, fascinated by pre-Columbian culture. In subsequent years, he traveled a lot. Hartley visited Bavaria, Bermuda, and New Scotland. He organized a grand new personal exhibition in 1936.

He began to devote much of his attention to writing poems and essays. The artist painted landscapes, mostly marines, and monochromatic still lifes. Pavel Rosenberg, the new dealer of the artist, got his paintings into numerous American galleries.

The artist died on the 2nd of September 1943. Ellsworth, Maine.