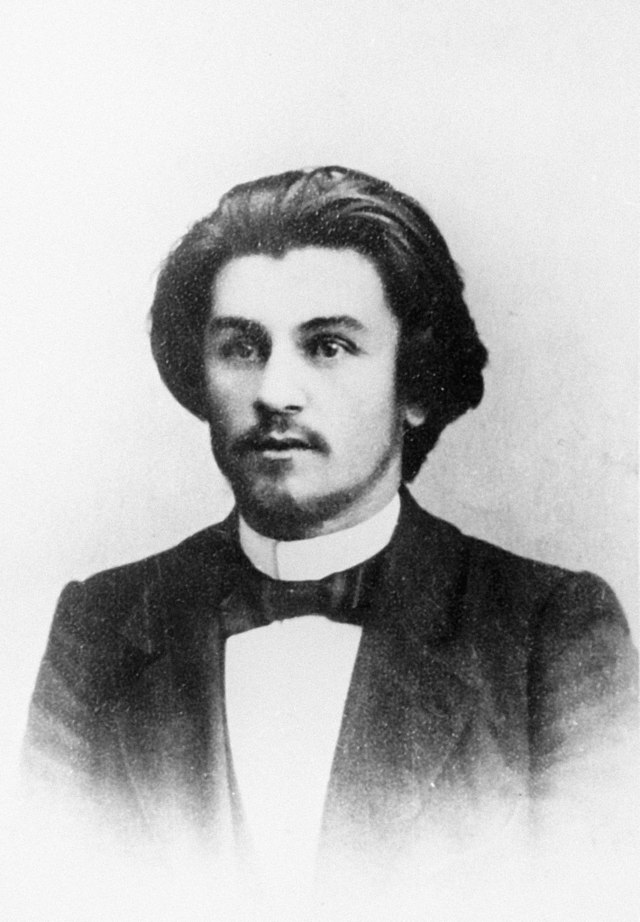 Artist and art theoretician. He was the pioneer of geometric abstract art and the originator of the avant-garde Suprematist movement and Cubo-Futurism.

Malevich created his first oil painting at the age of 16. It was named “Moonlit Night”. In his paintings, he tried to combine the principles of Cubism, Futurism and Expressionism. He was also interested in aerial photography and aviation, which led him to abstractions inspired by aerial landscapes.

Malevich was the artist behind “The Black Square”, an iconic picture that turned into a symbol of Abstract art.

One of the peculiarities of Malevich’s painting technique was the overlay of paint in order to obtain special kinds of color spots. This feature allows art experts to distinguish fake works from genuine paintings.

– According to Malevich, art had already deviated from the need for the simple reflection of nature and the copying of its natural forms. No matter how much we strive to preserve the beauty of nature, we will not be able to do this, because nature always changes its shape.

– Malevich said that the artist’s purpose is to work together with the world’s inventions, not ignoring the achievements of science and technology and taking an active part in creating the present world.

– In the artist’s conception, the beauty of feelings portrayed by a painter is a requirement that applies to contemporary art.

– The artist analyzed the language of modern abstract painting, which consisted of geometric shapes. He concluded that the complexity of the modern artistic path lies in the conscious assertion of abstract geometric means, which is important for the development of modern aesthetic forms of beauty.

– He claimed: “The one who feels painting, feels the depicted subject less. The one who thinks of the object, thinks less imaginatively.”

There was a black square...

Malevich created paintings for “Victory over the Sun”, an opera by Mikhail Matyushin. This inspired him to paint his famous “Black square” in the future; in the backdrop of one of the scenes, there was a black square.

The artists walked along the street with wooden spoons in their buttonholes.

Malevich organized a rather absurd bit of performance art on Moscow’s Kuznetsky bridge, together with Alex Morgunov. The artists walked along the street with wooden spoons in their buttonholes.

The artist participated in “Tram B”, the first futuristic exhibition in Petrograd. In that same year, Malevich worked on the first Suprematist canvases. In addition, he wrote the manifesto “From Cubism to Suprematism. New pictorial realism” which was later published by Matyushin. 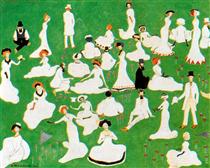 Malevich took part in the “Public Scientific and Popular Suprematist Lecture”. He presented his work “Cubism – Futurism – Suprematism”, and exhibited 60 Suprematist paintings at the “Jack of Diamonds” exhibition. In that same year, he organized Supremus, a group of Russian Avant-garde artists.

The first retrospective exhibition of Malevich’s works opened in Moscow. It was named “Kazimir Malevich. His path from Impressionism to Suprematism.“

The artist died on the 15th of May in 1935 in Leningrad, Soviet Union.