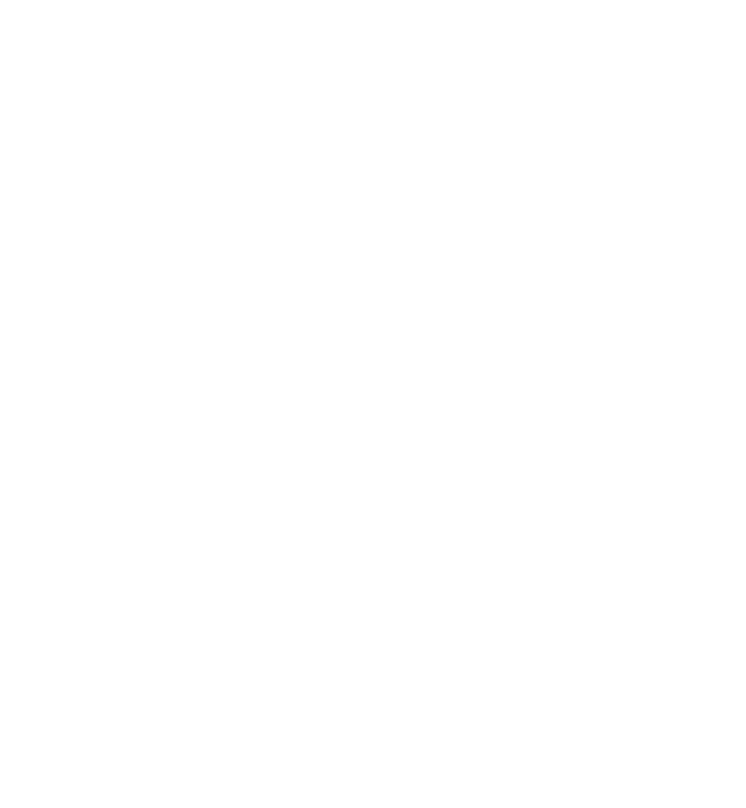 Ukrainian and American artist of Jewish descent, who was born in Belarus.

Abraham lived in his homeland until the age of 20, graduated from school and went to work as a sign manufacturer. He painted furniture at the factory, where he was noticed by Nikolai Bilyashevsky, director of a museum in Kiev.

Abraham Manevich belongs to a select group of artists who mastered the art innovations of the time and stood at the origins of 20th century Ukrainian culture. Time, marked by social upheaval, determined the fate of the artist – his life journey stretched from the banks of the Dnipro river to the shores of the Hudson. In both Europe and in the United States, the artist was associated with the Ukrainian avant-garde. His works can be found in museums all over Ukraine, Russia, the USA and Israel.

– The innovative art of Abraham Manevich, like a mirror, reflects the search in the early 20th century for picturesque art. Decorativeness, with a distinct Cubist style of expression, prevailed in the artist’s works. As a talented landscape painter, he reproduced the uniqueness of the land on which he lived. He was recognized as a distinguished figure in his province.

– In many of his works, the grief of his persecuted people is felt, a grief he experienced growing up in the Jewish neighborhoods of small Mstislavl in Polissya. His paintings feature the small towns of Chernihiv and Podillya (Ukraine), the neighborhoods of Solomenka, Pskov, the outskirts of Moscow, suburban America and rural Canada, and contain soft notes of sorrow and melancholy. 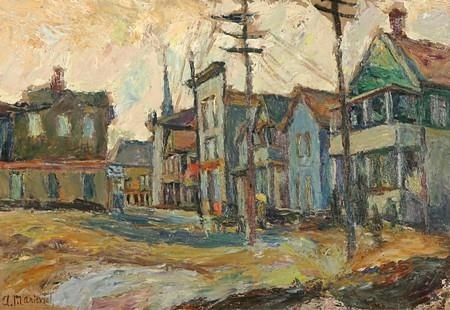 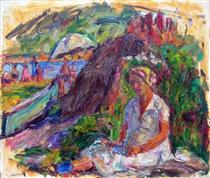 Entered Kiev Art College, where his fellow students and comrades were A. Bogomazov, A. Exter, A. Lentulov, A. Arkhipenko. In 1903 and in 1904, several of his works were exhibited at collective exhibitions of the Kiev Literary and Artistic Society.

Study at the Munich Academy of Arts. The Trip to Europe 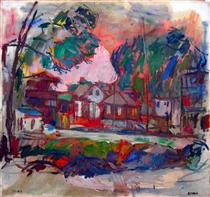 Studied for two years at the Munich Academy of Arts; on his return to Kiev, he held his first solo exhibition at a city museum. The exhibition brought him not only creative success, but also money from the sale of paintings, on which he made a trip to Switzerland, France, and Italy. In Capri, he met M. Gorky, and painted his portrait. He participated in exhibitions of the Moscow Society of Art Lovers, in the Spring exposition of the Academy of Arts of St. Petersburg, in the Kiev “World of Art” exhibition and the prestigious All-Russian exhibition in Odessa and the Vienna Secession, held in 1908.

Participation in the Paris Autumn Salon. The personal exhibition 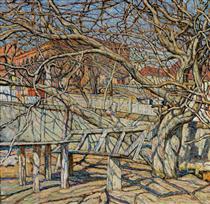 Participated in the Paris Autumn Salon; later, a solo exhibition of the artist’s works took place at the prestigious gallery of Durand Ruelle, and the demanding and spoiled Parisian public was fascinated by the landscapes of this unknown Kiev artist. The famous poet and urbanist Emile Verhaeren gave several lectures on Manevich’s painting, while A. Lunacharsky noted that the strong artist “brought heaven and air, a little sadness and a smile of his native nature” to Paris.

The artist managed to hold personal exhibitions, planned before the war, in Moscow (Lemercier gallery, Saurov gallery and others.) and Petrograd (art bureau of N. Dobychina). Returning to Kiev, he took the position of professor at the newly opened Ukrainian Academy of Arts, collaborating with F. Krichevsky, H. Narbut, N. Burachek and participating in a collective exposition of the professors of the Academy. As a result of the Tripoli tragedy, his 17-year-old son was killed.

Emigrated to the USA 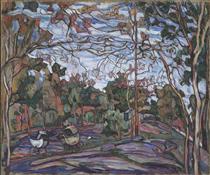 A personal exhibition was held in Warsaw. Not accepting revolutionary changes and disasters (he had to write on both sides of the canvas), the artist emigrated to the USA through Minsk and Europe with his wife and daughter, with the help of A. Lunacharsky and M. Gorky. Settled in the Bronx (New York), where his neighbor was David Burliuk.

Exhibitions in the different cities of USA

Met and became close friends with Albert Einstein. Continued to actively paint and exhibit his works. He did mostly individual shows, except for three group shows in New York, and two in Montreal, Boston, Hartford, and Scranton. Of the collective exhibitions, the most significant ones were at the Academy of Arts in Buffalo, the Hammer gallery (“150 years of Russian painting”, 1935), and the Congress of American Artists (1938).

The terminally ill artist continued to work. The last exposition during his life took place at the Philadelphia Museum of Art in 1941.

This magnificent artist died on the 30st of June 1941 in New York, USA.