An English artist and designer. She was a member of the creative group “Bloomsbury”, the participants of which were British intellectuals, talented painters and poets.

Vanessa Bell, maiden name Vanessa Stephen, was born into a creative family. The artist’s father was a famous historian, literary critic, theologian and climber Leslie Stephen, who gave his daughter an initial art education. The sister of the artist was famous writer Virginia Woolf.

Vanessa Bell was among the first artists who dared to break the barrier between Britain and the mainland. She not only boldly used the methods of Post-impressionism and Art Nouveau in her work, but also actively developed avant-garde movements in England.

– The work of the English artist is very diverse. The first works of Vanessa Bell were affected by the fire, but those that survived were executed in a traditional Victorian manner. Later, the artist experienced a strong influence of Impressionists and Post-impressionists, contributed by travels in Europe, as well as exhibitions organized by her friend, critic and artist Roger Fray. This gave her portraits and still lifes luscious bright colors and inspired bold decisions.

– Later works of Bell are closer to Fauvism: the artist begins to paint contrasting open colors and mold shapes using a color. Being a bold experimenter, Vanessa Bell tries herself both in Art Nouveau and Abstractionism.

– The artist devoted much time to decorative and applied creativity and design. Vanessa Bell created decorative panels, paintings on fabric, interior and furniture elements. Her creations were notable for the boldness of geometric shapes and a non-standard approach to everything that the artist did.

The artist’s mother died. Vanessa had to take care of the housekeeping.

Got enrolled in the women’s department of the School of Painting at the Royal Academy. Despite the severe illness of his father, who needed care, Vanessa did not give up her studies and continued to work hard.

The artist, her brothers and sister went on a trip to Europe

After the death of her father, the artist, her brothers and sister went on a trip to Europe. They visited Venice, Florence and Paris. This trip made a great impression on Vanessa Stephen.

All the family of Stephen settled in London

All the family of Stephen settled in London, in the Bloomsbury area, where since then young artists, writers and simply creative personalities began to gather every week. Thus a well-known circle of “Bloomsbury”, which influenced the development of British advanced art, was formed.

She married the close friend of her brother Toby, Clive Bell

She married the close friend of her brother Toby, Clive Bell. The following year, the couple got a son, Julian, and two years later another boy named Quentin was born.

Clive and Vanessa Bell met with artist and art historian Roger Fry on the train. This meeting was of great importance for the further development of the artist’s work.

Fry opened the “Second Post-Impressionist Exhibition” in London, where four works by Vanessa Bell were presented.

A fruitful period in the artist’s work. The first solo exhibition was held at the Independent Gallery of London with great success.

The next personal exhibition of Vanessa Bell

The next personal exhibition of Vanessa Bell. In addition to painting, she was actively engaged in decorative and applied creativity, and also created scenery for several theatrical productions.

Continued to paint pictures and take part in exhibitions. Bell was rarely seen in London, she preferred to lead a quiet life with Duncan Grant in Charleston. 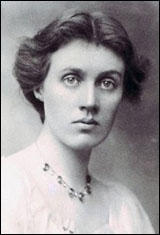