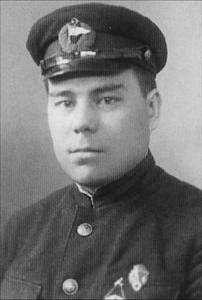 Mansiysk and the first Nenets artist. He is considered the creator of the “northern art”. He became known thanks to his friend and biographer G. Gore. He is famous as a very sincere, gentle, naive artist, subtle colorist. During his short creative biography – only seven years, including four years of his student life at workshops specially created for folk amateur artists.

– In the works of K. Pankov, who painted his native places from memory, features and traditions of anonymous art are clearly visible. The artist is unique as he preserved “pure” ideas about the life of his people and immediacy in its reflection. He harmoniously combined these valuable features with an individual painting technique, an impeccable intuitive sense of color and a skillful composition. In the organization of space, Pankov inherits the techniques of rock art of everyday and sacral meanings.

– Mountains and trees, deer and birds, river and fish in it exist in harmony with human beings. All this is a living single stream in which every component is necessary. A man is not thought the most important; sometimes, he is a small figure against the background of a grandiose landscape; however, even taking a minor place, a man is equal to everything else and is equal in rights with it.

– The plots of the Nenets representative of amateur art are simple: the life of a hunter and fisherman, his relationship with nature, harsh and extremely rich at the same time. The North, like no other territory, plays with contrasts, unusual illumination from a low sun. Pankov tells about his land with the help of such techniques as clarity of contours, expressive shadows, and an unexpected combination of colors.

– Leaves of the trees of the artist are not only ordinary green or red, but also white and blue. And it is as natural as violet tree trunks along with brown and yellow. In the paintings by Konstantin, the sky might be yellow and snow might be bright pink; this was real, not fantasy.

– The unique visual memory of a young man cut off from his homeland helped to draw the usual way of life of the Northerners, as well as nature, so that the lands and plots he knew from childhood came to life and became a narration. When a plot was repeated as demanded by the learning conditions, the artist changed the number of birds, the colors of the forest, and the play of shadows on the snow. Thus, the artist creates his own cosmos, his northern world, where, according to natural laws, life flows and everything has a soul: people, birds, fish and beasts surrounded by snows and forests, mountains and lakes.

– A distinctive feature of K. Pankov’s technique is the absence of sharp angles, as if the world is woven from waves – sometimes big, sometimes small, then smooth, or energetically steep. Art critics compare such rhythm to musical measures when visualized objects seem to swing in a special rhythm. 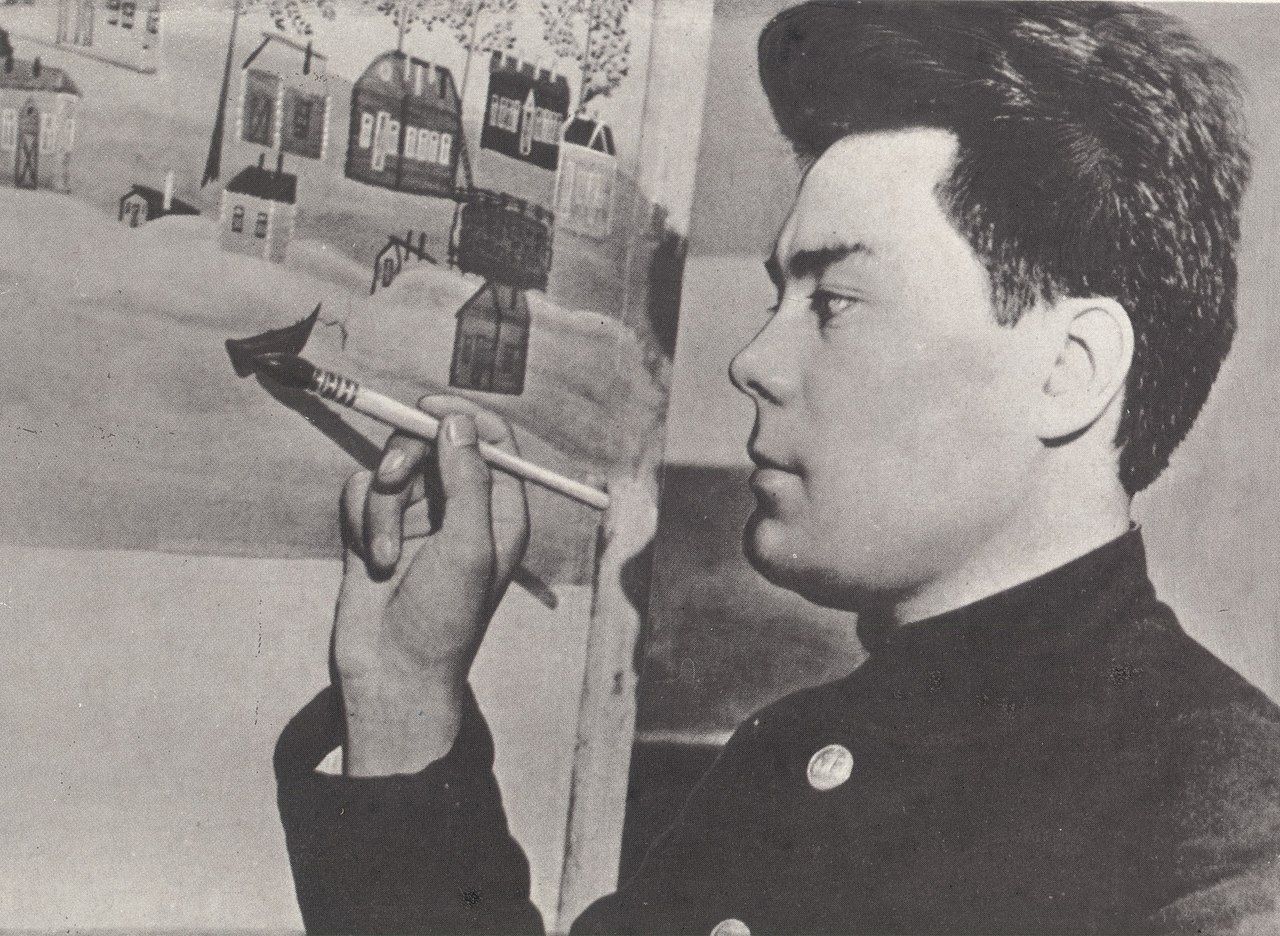 Konstantin Pankov was born in the Shchekurya village on the right shore of the Lyapin River, which is a part of the rural settlement of Saranpaul in the Berezovsky district of the autonomous region of Yugra. His father was Nenets, a hunter and a fisherman; his mother was Mansi. From childhood, Konstantin painted landscapes and scenes, despite the fact that he had never seen any real paintings. He became an orphan pretty early. 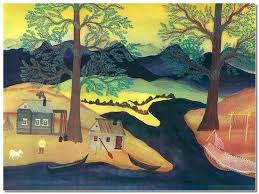 He became one of those who were included in the grand (and successful) project to prepare competent leaders from among the youth of the Far North and the Far East. At first, the youth (mostly teenagers who lost their parents) studied in Moscow. The young boy showed his abilities to draw and that was ideally perfect for the experiment conducted at the LIPN (The Leningrad Institute of the Peoples of the North, created specifically for more than 30 small indigenous peoples of the North, the Far East and Siberia).

He came to Leningrad 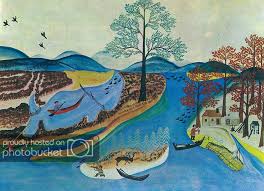 He came to Leningrad and was admitted to the art workshop of the Leningrad Institute of the Peoples of the North, where about 300 students studied – the representatives of 24 nationalities of the eastern and northern suburbs of the country. He studied painting from Alexei Uspensky and sculpture from Leo Mass, met writer Gennady Gore, who later recorded his conversations with the young amateur artist.

Participated in collective exhibitions of contemporary art in Moscow and Leningrad 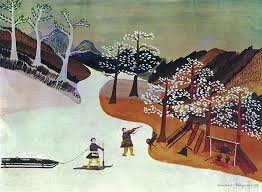 Participated in collective exhibitions of contemporary art in Moscow and Leningrad; met the outstanding artists of the time – I. Brodsky, V. Konashevich, N. Tyrsa, V. Pakulin, and others. 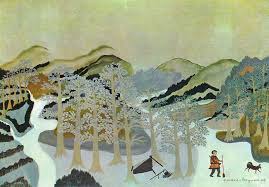 Together with his comrades he decorated the northern pavilion of the All-Union Agricultural Exhibition in Moscow; after that, the paintings of the primitive artist were presented (along with others) at the USSR pavilion at the World Exhibition in Paris; the jury of the exhibition Pankov and other northerners the Grand Prix gold medal; ten thousands of Parisians and guests of the significant event from different countries were impressed by the art of the peoples of the Far North, about which not only French press wrote.

The only personal exhibition of the artist in his lifetime was held in Moscow; it was covered by the press and attracted the attention of art critics, who noted that both oil and watercolor paintings impressed with the purity of the palette, brightness of the paints and peculiar musicality of the composition. Many paintings were lost during the siege of Leningrad.

He volunteered to serve in the army 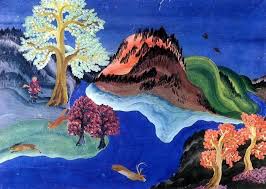 He volunteered to serve in the army; as a hunter and a man who knows how to navigate the land, was a sniper and scout. According to some data, he died in 1942 on the Volkhov front; however, there is other information, which is also not completely reliable, that he was killed in 1944 in a battle, the place of which has not been precisely found out. 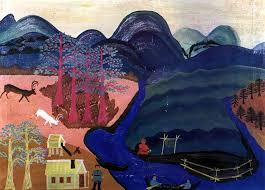 Konstantin Pankov was killed in 1944 in a battle, the place of which has not been precisely found out.