A Czech artist, graphic illustrator, stage designer and writer. Jan Zrzavy was one of the leading representatives of the 20th-century national art avant-garde, one of the founders of the creative association of artists “Sursum”, a member of the Czech Artists Association “Manes” and the Union of Graphic Artists “Gollar”. In 1937, the Nazis declared the master’s works “degenerative art”. In 1965, he was awarded the title People’s Artist of Czechoslovakia. In the gallery of Jan Zrzavy in Telci, works that he bequeathed to his people are exhibited.

– The initial period of Zrzavy’s work was marked by paintings created in the style of the Czech Secession – a synthesis of the techniques of the already fading out Art Nouveau, Symbolism and Impressionism, which became classic in France.

– Lyricism clearly manifested itself in his “Valley of Sorrow”, “Nocturne” and other early paintings; in subsequent years, it became a feature of his peculiar manner.

– His genre and religious works (the artist was a sincere and deeply religious man) are permeated with the notes of melancholic contemplation; his lyrical national landscapes, fantastic landscapes and still lifes are marked by the clarity of the refined linear rhythm.

– After the events of the First World War, which deeply affected Jan Zrzavy, a poetic style abstracting from reality manifested itself in his paintings; shapes and volumes became simple, silhouettes became soft, and colouristic decisions, according to art critics, became less artistic.

– In the subsequent easel paintings of Jan, he focused more and more on the landscape. Drawing inspiration from his acquaintance with new countries, he painted Italian (mainly Venetian) and Breton views, often creating two options – for example, the day and night painting of the Venetian Cathedral of San Marco. The features of Cubism were added to the developed technique, but not in its pure form.

– The artist used the technique of collage: in one of the versions of Cleopatra, for example, he used wood and gilding. When Jan’s art was ranked as “degenerate” and during the Second World War, sullenness and fatality began to appear in his paintings; however, along with the motif of death, there was also hope, often expressed in the selection of gamma, like in the “Venetian Still Life”. The artist retained his largely lyrical style, built rather on imagination than on nature, even in the post-war period. In general, all the paintings by the Czech master are characterized by repeating motifs, especially the image of Cleopatra and the views of Brittany.

– Apart from paintings, Jan Zrzavy created many graphic works, illustrated a huge number of books. The artist’s drawings demonstrate his excellent technique and ability to convey the dynamics of the plot. 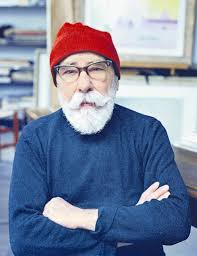 Jan Zrzavy was born on November 5 in the village of Okrouglice-on-Sazava near the town of Havlíčkuv Brod. He was the sixth of nine children of a local schoolteacher. He enthusiastically learnt about art through magazines and calendars with reproductions. Another incentive was nature and Sunday masses, where the future artist was inspired by the mysticism of religious painting.

Studied at the studio of K. Reisner 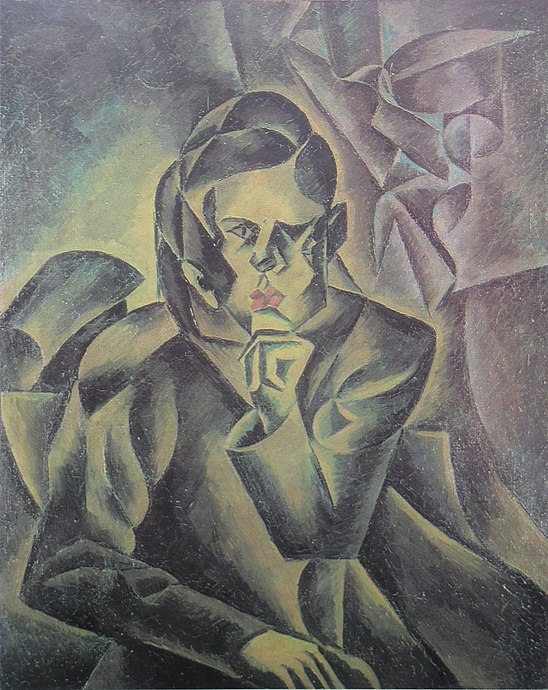 He failed to enter the school of arts and crafts in Prague and took advantage of the recommendation to study at a private school. Studied at the studio of K. Reisner and after its closure was a student of F. Zhenishek. Having become a member of the Society of the Friends of Art, he visited Prague museums and galleries.

He went to Paris 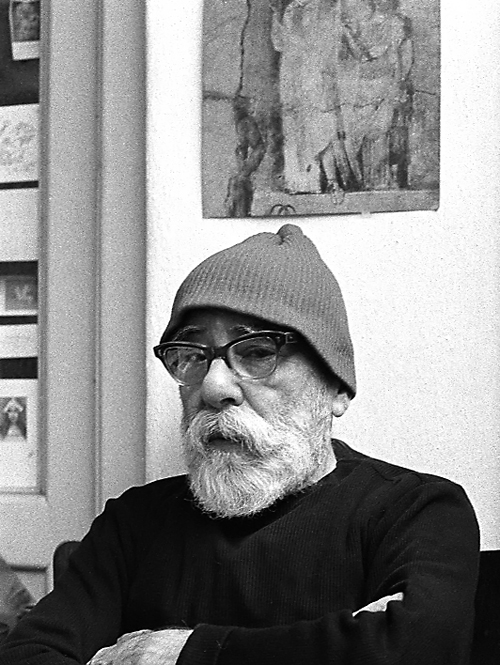 Entered the Faculty of Applied Arts of the School in Prague (the Department of Professor E. Child). Having visited an exhibition of French masters (Manet, Renoir, Degas, Pissarro, Sisley, Cezanne, Gauguin, Van Gogh, etc.), he created several paintings in a new style and sent photographs to Paris to critic C. Mockler. After receiving an encouraging response, he went to Paris, where he was impressed by the paintings by Leonardo da Vinci.

After two years of study at the School of Applied Arts, he was expelled, four times tried to enter the Academy of Arts in Prague. In 1910, together with a group of like-minded people (J. Vachal, J. Konyupek), he founded the non-profit art association “Sursum”. The artists exhibited their works in Brno.

Met Bohumil Kubista. The artists worked together in the field of the use of color, discussed the logic of form, ways of its simplification and the appliance of geometry. “Sursum” organized an exhibition at the Municipal House, but then the group split up.

Having survived the war and having had typhus, he started painting again, organized his exhibition by writing an introduction to the catalog. He suffered getting over the death of B. Cubista from the Spanish flu. The following year he exhibited in Tvrdosin, met the publisher O. Storch-Marien, with whom he worked for many years.

His personal exhibition was held at the prestigious Berlin gallery “Der Sturm” (“Storm”). In the collection under the editorship of Y. Chapek, he published his article “Confession of the artist.” He illustrated several books and made many trips to Europe.

Rented a studio in Paris

Rented a studio in Paris, created illustrations, performed set design and held a second solo exhibition at the Thematic Salon. His first stay and work in Brittany date back to 1925. His large exhibition was held at the gallery “Aventine attic” (1927). The next year, he again visited Italy and a show of his new works took place at “Aventine”.

He lived in Paris

He lived in Paris, regularly exhibited his paintings in his motherland. Discovered the Ostrava region, where he then painted landscapes. Worked for the National Theatre, designing productions. He met and made friends with G. de Chirico. In 1937, he visited England. The artist who was on the list of the creators of “degenerate art” was not allowed to exhibit his works.

The artist created many murals He was appointed a professor of painting and composition at the Faculty of Arts of the Palacky University in Olomouc (worked until 1950). In 1948, he exhibited a large collection of drawings at the Topić salon. The official doctrine of socialist realism excluded him from exhibitions (his works were considered formalistic). The artist created many murals.

He took part in exhibitions of book illustrations in Prague He took part in exhibitions of book illustrations in Prague. Illustrated Shakespeare’s sonnets, “Memoirs of the Unknown” by D. Zeyer and others. The artist returned to Okruglica. He became the author and illustrator of the series “House of a pulsating star.” Painted “Ostrava”, “Loretan Square”, etc. 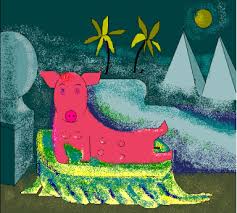 A personal vernissage of the artist took place at the Prague Theatre “Railing” and then in several Czech cities. He lived in Venice at a Capuchin monastery in a cell, like a monk. Upon his return, he exhibited his new works of the Venetian series. A large retrospective of his works of 1907-1962 was organized at the National Gallery of Prague. That vernissage was held in Brno, Bratislava. Illustrated “White Nights” by Dostoevsky. He was awarded the title of People’s artist (1965); a monograph by F. Dvořák about his work was published. Twice visited Greece, where he admired the archaic, painted the “Temple of Poseidon” and other works.

He wrote an autobiographical book 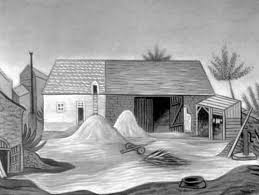 He wrote an autobiographical book. Exhibitions of his new paintings and drawings took place at galleries in Prague, as well as at the gallery “Zappeion” in Greece. On the 85th anniversary of the master, the National Gallery organized a vernissage of his paintings. The artist collaborated with the Association of Bibliophiles and held an exhibition of his illustrations.

Jan Zrzavy died on October 12 in Prague, was buried in the village of Krutzemburk at Vysocina, where he lived for many years. J. Zrzavy bequeathed more than 100 paintings and 1500 drawings to the National Gallery of the Czech Republic.