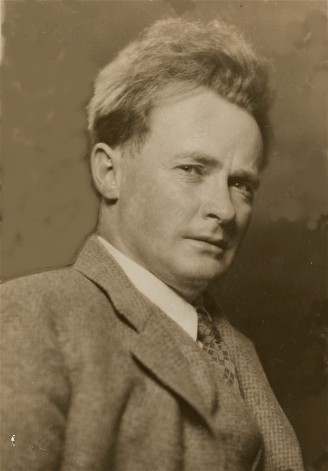 American painter and graphic artist, one of the first representatives of Cubism in his country.

In early childhood, the future artist experienced a dangerous illness, which chained him to bed and made him disabled for a long time. During the long recovery process, young Dasburg became interested in painting, which became his profession in the future.

Andrew Dasburg lived and worked in New Mexico sixty years, becoming an outstanding modernist in the southwest and having devoted a huge amount of his work to this region. The artist mostly painted still lifes and landscapes depicting the nature and architecture of the southwest of the United States. A student of Robert Henry, educated in Paris and personally acquainted with Henri Matisse, the artist participated in the famous “Armory show” in 1913 (“The War Show”), where his work was called “daring experiments” in painting. Despite the harsh criticism and lack of understanding on the part of many colleagues, Dasburg managed to achieve great popularity, as evidenced by the victories in several art competitions and the prestigious Guggenheim Prize received by him in 1932. In the article of the magazine “Arts” (1924), it was said that “The landscapes of Dasburg have the authenticity of the place embodied in them very reliably, and should be recognized, undoubtedly, as one of his best paintings.” Being an active member of the community of American artists and a talented teacher, Andrew Dasburg made a great contribution to the development of modern painting of the United States.

– The work of Dasburg is an original combination of European art tradition, the atmosphere of the American province and his own interpretation of Cubism.

– Working in the manner of Сubism, he added wavy lines and bold contrasting color spots to a simplified geometric structure.

– A distinctive feature of the author’s work is the flickering effects of light in the depiction of nature, which he achieved by using colors, gently “flowing” into each other and careful study of the air atmosphere.

– Many art historians associate the name of Dasburg with Synchromism, a popular art movement, the representatives of which tried to make the painting more “musical” with the help of bright “flowing” into each other colors and dynamic forms. In several works, the artist was indeed close to pure color abstraction. Nevertheless, after 1918 he began to work in his own style, which is characterized by a strict structure and, although very schematic, but still a real reflection of the surrounding reality. 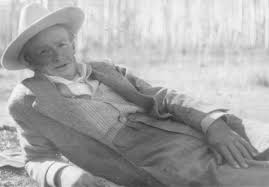 He joined the courses of the League of Art Students

On the advice of one of his teachers in high school, who saw the outstanding talent of the boy, he joined the courses of the League of Art Students. Teaching in the institution was conducted in a traditional way; students spent a lot of time copying the works of the classics and reproducing nature. Very soon such training ceased to satisfy the young Dasburg, and he moved to the New York Art School, where the famous R. Henry was a teacher. Under the guidance of the new mentor, the artist began to take the first steps in Modernist art. 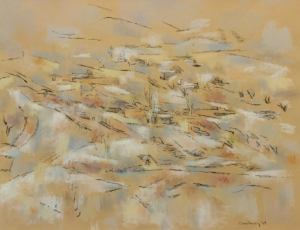 He went to Paris

He went to Paris, the world capital of art, which dictates fashion to the whole world. In France, Dasburg became acquainted with the work of many famous artists, including Matisse, Picasso and Cezanne, who had the greatest influence on him. Here the artist also communicated with his compatriots who came to Paris to study painting. During a trip to London in 1909, he married the sculptor Grace Mott Johnson, a modern progressive woman who adhered to feminist views. 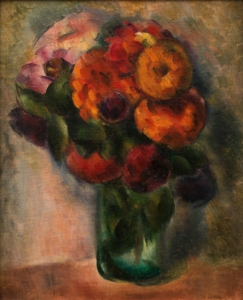 The artist became a member of the Community of American Artists

Returned to the United States, lived and worked in Woodstock for the next few years. The artist became a member of the Community of American Artists, began teaching activities and worked actively on researching the meaning of colors and forms in painting. During this period, Dasburg created Cubist paintings, four of which were presented at the famous “Armory Exhibition” in 1913. Despite rather sharp criticism, Dasburg continued to work in the chosen direction and participated in the exhibition of the famous “291 Gallery” of Alfred Stieglitz together with other modernists. 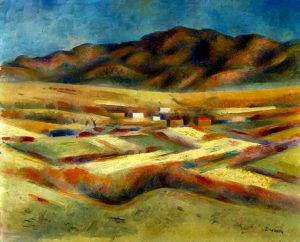 The artist collaborated with Morgan Russell

Started working in a style that was close to total abstraction. The artist collaborated with Morgan Russell, who developed his own style of abstraction – synchronicity, the elements of which appeared in the paintings of Dasburg of this period. In 1917, he continued to teach art in Woodstock and New York. 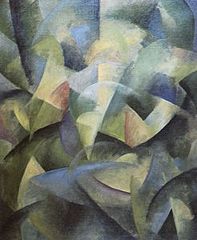 Dasbourg developed his own original style in painting

At the invitation of his friends he first visited Taos, New Mexico, where he worked from January to May. This trip had a decisive influence on the career of the artist, who decided to settle in the art colony of Taos. Dasbourg developed his own original style in painting, in which he worked until the end of his days. The artist was fascinated by the simple life of the locals, the unusual mountain scenery, the desert plains and the villages of the region. His style gradually became more personal, conveying the artist’s view of the inner power of nature and its origins.

The artist participated in many exhibitions

He continued to actively paint and created a large number of landscapes of the south-west of America. The artist participated in many exhibitions, including those in Los Angeles, New York and New Mexico. He continued his teaching activities. At this time, Dasburg began to take an interest in the life of the indigenous population of America and Native American subjects appeared in his works. 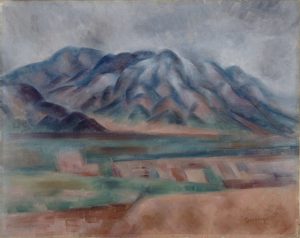 In 1932 he became the winner of the Guggenheim Prize

He wrote several articles on art, took part in two exhibitions at the Whitney Gallery in New York and other exhibitions throughout the country. In 1932 he became the winner of the Guggenheim Prize. In 1936, Dasburg’s article “The Arrival of the Epoch” was published in “The Art Digest”. 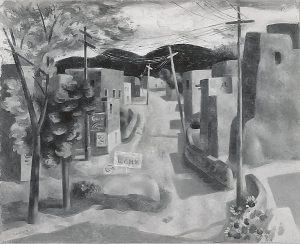 The retrospective exhibition of the artist took place

He received various prestigious awards, including a grant of ten thousand dollars from the G. Ford Foundation, for 20 years. The American Federation of Arts organized a personal traveling exhibition of Dasburg. In 1975, a retrospective exhibition of the artist took place at the request of the Governor of Santa Fe. 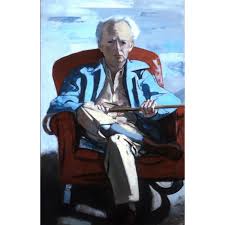 The Ducks The Ducks

The Hills The Hills